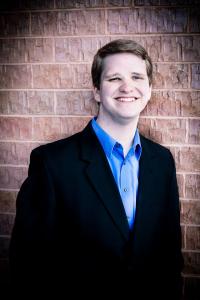 In June of 2011, after four incredible years at etude, I graduated in the first generation of students to attend what would become IDEAS for the entire tenure of my high school career. When I walked the bowl in June, I had a plan for the next five to ten years of my life. I was going to attend Marquette University for my undergraduate education, go on to law school, and then practice somewhere in Wisconsin. Fast-forward 3 years to March of 2014. I was a junior at Marquette University on track to graduate with a 4.0, running for Student Government President, and studying for the LSAT in preparation for the grueling process of applying to law school. But instead of worrying about taking the LSAT, one of the most notoriously hard graduate school entrance exams, I had a paralyzing anxiety of the idea of attending law school.

This probably sounds strange, but there is a good reason for it. I found myself lying awake at night losing sleep over the thought of spending three years in law school and $200,000 plus to get a job that I never wanted and a degree I would not use. I came to the horrifying realization that I was planning my life not around my own sense of mission and calling, but the advice from so many that I would do well in and get a scholarship to attend law school. Finally, after a lot of discernment, I made the decision that I would not attend law school.

After a brief period of relief and a feeling of freedom, I began to panic. How was I, a liberal arts major with two liberal arts minors, going to get a job after I graduated in year? I have known for quite some time that I want to one day pursue public office, but that is quite a ways away and in the meantime, I have student loans to pay. Rather than panic, I sought out a career counsellor at Marquette and began to inquire about how to get a job in the private sector. The most important advice my counsellor gave me was not about how to write a cover letter or even how to plan out a job search, it was about marketing myself as a candidate. Sure, I am a liberal arts major, but ever since my freshman year at etude I have been taught to be a critical thinker and a leader who thinks outside of the box; someone who not only questions the status quo, but also reconceptualizes the problem or task at hand.

Armed with this knowledge, I set out searching for project management positions that did not require a Bachelor’s in Business. That’s when I stumbled upon Epic. Epic Systems is a private company in Verona just outside of Madison that makes software that manages electronic health care records. They have some jobs that require a computer science major, but most are non-major specific positions. Their job posting said they all they want in a candidate is critical thinking ability, creativity, proven leadership, and academic success; they will teach anyone hired what they need to know about being a project manager. I submitted my application and in early October, I accepted a job starting in June.

It was at that moment I realized that everything that I needed to be a successful job candidate I started learning while I was still at etude. IDEAS operates under the philosophy that today’s workforce is demanding critical thinkers and creative minded leaders and the way that we learn these skills is through design, engineering, arts, and the sciences. The projects I undertook as a student at etude taught me time management, personal responsibility, and forced me to problem solve continuously. This education planted in me the seeds of critical thinking and innovative leadership. This gave me a considerable advantage in college given that Marquette is a Jesuit institution that stresses critical thinking and the need to challenge the world around us in a never-ending search for truth. My college education refined the skills that I began to develop at etude and those very skills are the reason I have a job lined up before I graduate in May.

What IDEAS gives students and what etude gave me, is an enduring education that has developed in me a skill set to be a top candidate in a competitive job market.