How Do Animals Influence Human Life? 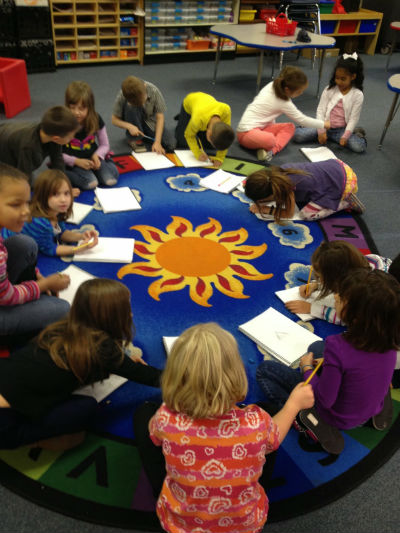 ESAA first grade students took on the role of scientists and design engineers in the field of biomimicry this first trimester to begin a study of animal discovery, research and design. Students were presented with a question and a problem, “How do animals influence human life?” and “What characteristics or traits do they have that could help humans?”

Inspired by the task, students began their research by first extending their knowledge base of the animal kingdom. What is an animal? How are they classified? Our students were prepared for discussion once they enhanced their vocabulary and literacy skills. Terms such as communicate, mimic, and label were used in their research while locomotion, amphibian, reptile, vertebrae and warm-blooded were used in their classification of animals. Students created field journals in order to observe, sketch, and take notes on their new gathered information. Our two first grade teachers stressed the critical importance of scientific observation as a skill for researchers, designers, artists, and scientists. This importance translated clearly into their journals as they continued to log their learning.

In the next phase of discovery, students began to explore and investigate the unique and efficient traits of animals and wondered what animal patterns and strategies could be most beneficial to humans. They found that humans have already been emulating the natural world to innovatively seek solutions. Students made keen connections to products such as Band-Aids, wing suits, cars, Yaktrax, and Velcro as man made creations appearing to have the design traits of animal structures and features. Students then began to wonder what other products could be out there. Perhaps helmets were actually created from turtle shells or swimsuits were created from shark skins. They even questioned what animal traits they themselves would like to have; possibly traits that they thought would be particularly cool or even something that could help them stay safe, warm, strong, etc. They brought these ideas into the Art room, as they created their own creatures featuring superior traits from different animals. Drama and Movement also took on the task of infusing biomimicry within their medium. Locomotor analysis was explored in Movement class while in Drama, the students created fables about animals.

With this well-rounded approach on biomimicry, students were ready for their final designing and creating phase of the project. With an Engineering and Design Plan Sheet to gather their thoughts and ideas, our first grade students imagined and pondered a list of what animal traits would be beneficial and why, drew several sketches of ideas, planned a list of materials and even brainstormed some problems that could have arose. The ending results included products such as a wolf megaphone, a porcupine helmet and a polar bear warmer.

This PBL process was developed and concentrated around the early learning stages of research, planning, peer reviewing, prototyping, creating and product revision. The process of design was an experience for young students in trial and error. it was an opportunity to view the inter-workings of a designer taking what is inspiring and turning it into something real. Through this PBL project the students ultimately gained knowledge of our connection to nature, our process in creating, and our ability to all be scientists. 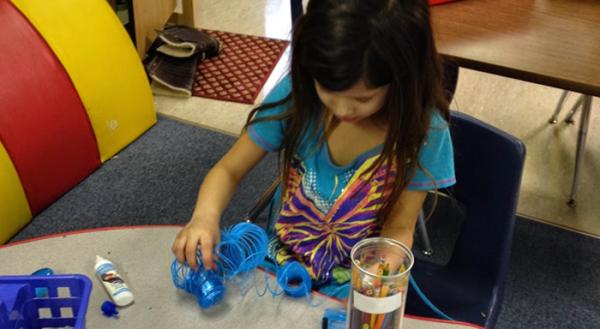