Friday night brings a great Étude Session when Reina Del Cid and company bring their rich sounds to Paradigm Coffee and Music.  Good Music + Good Cause is delivering on its name in Sheboygan.

But The Étude Group isn’t alone in delivering good things.  Here are some local businesses that can help you get the most out of your Reina Del Cid weekend.

Don’t head to the show hungry!  You’ll find some of the best food around just steps away from the concert. Downtown’s Black Pig serves comfort food with a twist. Big flavors, cocktail concoctions, and cool atmosphere make the Black Pig a favorite. If you’re thirsty for craft beers and cheese curds with your dinner, you’ll find 8th Street Ale Haus just across the street from Paradigm.  With 31 draft lines and over 70 bottle beers, it won’t be easy to choose.

It will be rise and shine on Saturday morning, so head back to Paradigm Coffee and Music for the best cup of coffee and the Betty Burrito. After you’re fueled up, you’ll be ready for a day of adventures.

There is no place better to view Lake Michigan than being on Lake Michigan! EOS Surf and Revolution Boardshop can get you on the lake with the rental of a kayak, surfboard, or stand-up paddleboard…a wetsuit may be required!  If you want to relax after your workout, our friends at Nouvelle Salon and Day Spa can help with a manicure or facial.

Your day doesn’t have to end yet. Take the short drive to Elkhart Lake to find the perfect keepsake or original artwork at the Two Fish Gallery. Patrick and Karen Robison would love to talk art or let you walk through their gardens.

Good Music + Good Cause celebrates Sheboygan.  And with the Étude Sessions, you can’t have too much of a good thing. Black Pig, 8th Street Ale Haus, Paradigm will all be open and waiting for you when you head back to Sheboygan.  If you can’t make it to this show, we look forward to seeing you on April 15 for Gospel Machine.

*We'd like to introduce you to our Season Three sponsors!*

Communication and collaboration are key to the success of indie band PHOX, according to Matt Holmen and Monica Martin. Phox played the first show of the 2015-2016 Étude Sessions on October 16. The band has been working hard for the last two years, finishing their first self-titled album and heading out on tour. 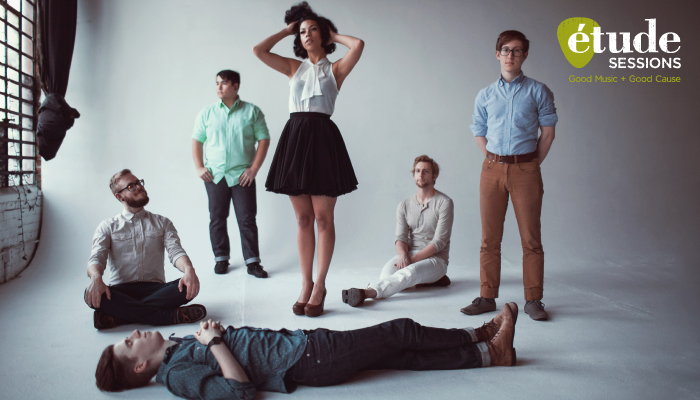 Étude Sessions welcomes PHOX with Brianna Lane to kick off our third season at Paradigm Coffee and Music, October 16th, 2015.

BMO Harris has come on board as a sponsor of the Étude Sessions. Sponsorships help offset the costs of shows so concert revenues go directly to fund programming such as artists-in-residence and college readiness at our schools. Thank you, BMO Harris!

Thank you to those who have already purchased Season Passes for Season 3 of the Étude Sessions. We know others are looking to purchase in the next week. We want to make sure that as you plan out your session attendance this season, you know that Season Passes are limited. Once the Phox show sells out (and it will sell out), we will stop selling Season Passes. Phox tickets as well as tickets for Hayward Williams and The Dave Stoler Quartet, go on sale on Friday, September 4th at 11:00 a.m.

We are looking forward to an unbelievable Season 3 of bringing Good Music + Good Cause together through The Étude Sessions!