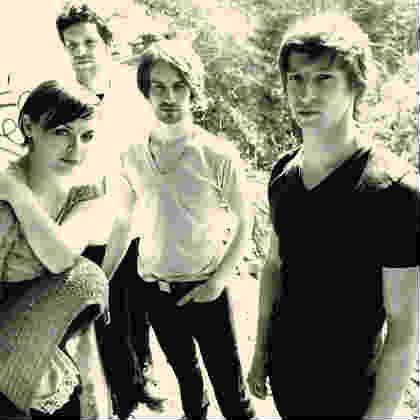 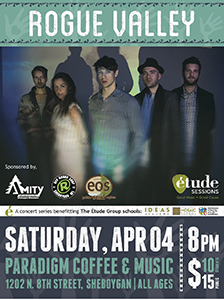 Known as one of the Twin Cities most dynamic live acts, Rogue Valley is an internationally-recognized band who have released a total of four albums and a vinyl LP since 2010. They perform regularly at top Twin Cities’ venues (First Avenue, The Fitzgerald Theater) and festivals (Basilica Block Party, MN State Fair), and have extensively toured the US, sharing the stage or supporting artists like Andrew Bird, Justin Vernon, The Jayhawks, Lucinda Williams, Grace Potter & the Nocturnals, Mason Jennings, Cloud Cult, Brandi Carlile, and Tift Merrit, among others. Their songs have been featured on television for ABC, MTV, and CBS as well as numerous local and national commercials, and most recently Rogue Valley’s song, “The Wolves and the Ravens,” was featured in Twentieth Century Fox’s feature film, The Secret Life of Walter Mitty, starring Ben Stiller. Paste Magazine calls Rogue Valley one Minnesota’s best bands, and they continue to receive critical-acclaim from both local and national press.

“When the heavy red velvet curtain was raised at the beginning of the first set, the entire sold-out audience gasped simultaneously. It was obvious that no one (this writer included) expected such a grandiose stage show, and the shock of that curtain raising started the evening off with a audible spark. Koza was flanked on all sides by foliage and giant trees, his band had expanded from the usual four players into six, and the stage was backlit with a giant glowing full moon. For a moment, it was almost difficult to take everything in — the scale of the stage set-up, the band’s beautiful and flawless harmonies, the perfectly mixed sound — and it only got better as the night wore on.”

The City Pages, Minneapolis MN
“As band goals go, the one Chris Koza set roughly 18 months ago—to release four full-length albums tied to the changing seasons in one calendar year—takes the word “daunting” to new heights. It’s the sort of preposterously ambitious plan that musicians hatch over too many beers, only to abandon when clearer heads prevail come morning. The whole endeavor would smack of hubris if Koza and his compatriots hadn’t already proven themselves among the most consistently engaging and impressively dynamic acts on the local scene over the previous five years.”

“And like Vivaldi, whose concerti were groundbreaking for their evocative use of instruments to simulate thunderous summer storms and harsh winter winds, Rogue Valley has mastered the art of creating imagery through sound.”