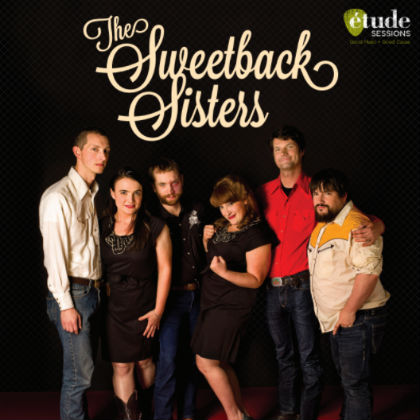 "Although formed in Brooklyn during the early 21st century, the Sweetback Sisters model their songs after the vintage country music of 1950s-era Nashville. Central to the group’s sound are vocalists Zara Bode and Emily Miller, who first sang together as part of a traveling choir in 2005. Discovering a mutual love for Hank Williams, the girls began singing country songs after their nightly choir performances. When the tour ended, Bode and Miller both moved to Brooklyn and formed the Sweetback Sisters, whose reputation swelled after a performance on A Prairie Home Companion in 2007.