Students at Étude High School have the opportunity to choose between four humanities classes throughout their four years of schooling. The Issues and Ethics course delves into specific issues facing today’s world at large and encourages students to consider the ethical and moral implications in dealing with potential problems and issues on a global scale. This year’s Issues and Ethics class is participating in the University of Wisconsin - Madison’s Great World Text in Wisconsin program. Great World Text is a program for teachers and high school students across the state to study literature and history through the humanities lens.

This year the UW Center for the Humanities selected Kiss of the Spider Woman, a 1976 novel by Argentine writer Manuel Puig about two political prisoners in the Dirty War that use movies to escape the realities of their confinement. While students studied the novel in the English portion of Issues and Ethics, they investigated the Dirty War, history of Argentina, and the political connections between Argentina and the United States in the Social Studies portion.

This Kiss of The Spider Woman project is a cartonera that tells about Argentina’s Dirty War tragedies through the lens of a children’s book. Cartoneras are a collection of art forms bound together with free, reusable materials like cardboard, that make social and political statements. This cartonera exposes the censorship of the public during the Dirty War. Étude Juniors Abby Coutts, Payton Damkot and Marie Grawein created a Cartonera focused on the kidnappings and missing people of the Dirty War, homosexual relationships (as an homage to Molina, main character of Kiss of the Spider Woman), and a dramatized version of how Argentina would look in the news media, with everything being censored and withheld.

“I really liked that the book was written in dialogue. I have never read a book like this one. The movies that Molina references and the scientific studies in the footnotes helped me understand the world that Molina and Valentin live in” (Coutts).

They wanted to portray the way the Argentinian government censored its people in an interesting way. For them, that meant taking the idea of “censorship” to an extreme, by making the Dirty War “child-friendly”. In their research, they read about Juan Peron and his wife Isabel Peron, and how under Peronism, the country of Argentina had to suffer through a lack of education in their school system. The Perons’ also heavily censored the news media, using their power to have anybody that opposed them fired, or worse. The images of the children’s book reveals this; however, when a blacklight is held to the pages, the realities of the Dirty War are revealed to the readers through graphic images and changes in language.

“My favorite part of this project was probably creating the front and back cover using the descriptions Puig provided in the novel. The back cover portrays the toxicity of the venomous Dirty War and the crimes committed against the people of Argentina” (Damkot).

Étude students participating in Great World Text will formally present their projects on March 9 at UW-Madison.

It's the end of November, which means that it's time once again to attend the Whitewater Creative Writing Festival. Étude has been attending the Festival for over a decade, but this was the first trip for most of our attending students this year. Fourteen 9th, 10th, and 11th graders hopped on the bus and spent the day on the UW-Whitewater campus, interacting with peers from across the Midwest, workshopping their writing, and learning from some of the finest writers in Wisconsin. 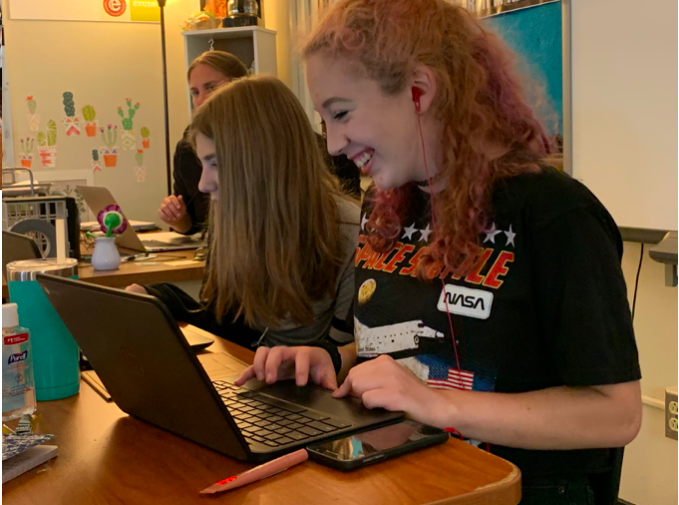 Subbing in a science class can be intimidating for a non-science teacher, but when the students have clear directions and are excited about their work, it’s easy! Today the Chemistry students worked in small groups to write short fictionalized stories about scientists who contributed to the atomic theory. 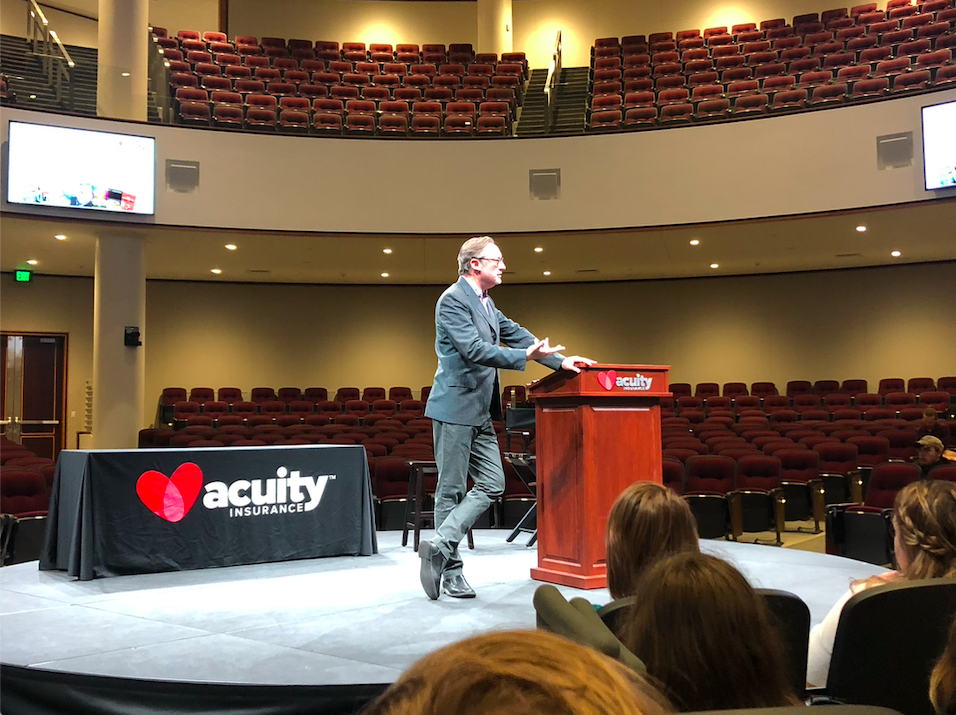 Students need to feel safe when they come to school. They need to have tools to help them overcome frustrations. At Étude High School, we emphasize the building strong relationships with peers and advisors, we intentionally develop Habits of Mind through academic experiences, and we provide opportunities to practice mindfulness by offering yoga and QiGong. If trust or relationships are broken, we use Restorative Practices to rebuild our community. We are fortunate to have movement classes where students can also participate in an in-depth study of mindfulness and yoga, with a trained instructor in our teacher Molly King.

Over the September 23rd-24th weekend students from both the middle and high schools presented animations, literature, 3D-printing, and held their own rock painting workshops for thousands...

On Monday, August 28th, Étude High School and Middle School welcomed new parents for New Parent Orientation. The event started at 5:30pm, when advisors and families gathered in the cafeteria to enjoy seasonal soups made by our staff. Children were then invited to participate in MAKER Break, while parents got together to learn more about our Advisory program and the role of Advisors as someone who is, to students, "on their case, and on their side."