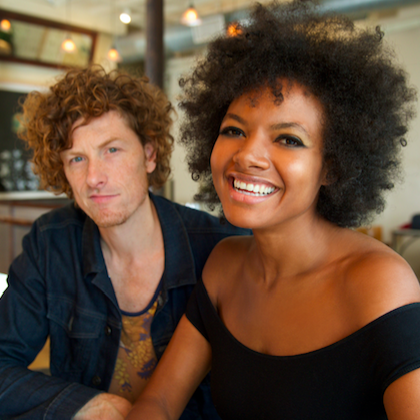 Tickets for this show are $20 Public / $10 Student | Available Online and in person at IDEAS Academy and Paradigm Music and Coffee (Season Tickets are also available.)

Featured on NPR’s World Cafe with a live session recorded at Chicago’s WBEZ studio, Birds of Chicago draws heavily on the gospel tradition and creates music that feels like a new, secular gospel of sorts.

For Birds of Chicago, every word counts. Every note counts. No gold-dusting, no filler. Music is the good news and Real Midnight, the band’s poignant new Joe Henryproduced album, throbs with an urgency that feels quietly seismic.

Birds of Chicago was born in 2012 when Nero began writing for his vocal star-muse, Russell. Both were accomplished singer/songwriters with projects of their own, Nero with JT and the Clouds and Russell with the acclaimed Canadian roots outfit Po’ Girl, but together there was an unmistakable chemistry. Nero had found the perfect voice for his rock and roll psalms. Russell moved from being a primary songwriter to an interpreter, and her simmering restraint is deeply refreshing to a landscape scorched by post Voice/American Idol vocal gymnastics and over-emoting.